Jack Hanson’s involvement with the National Institutes of Health (NIH) and Special Love for Children with Cancer began after he moved to Maryland from Ohio in 1967.  Jack graduated from Ohio Wesleyan University, served in the Air Force as a meteorologist for three years at a SAC base in northern Michigan, and returned to his hometown of Cleveland, Ohio, where he began his 35 year career with General Electric (GE), and soon joined their newly formed Information Services Division in Bethesda, MD.  There he was invited to become a volunteer at monthly parties held for the hospital patients at NIH.  He was then able to get GE to fund these events for 25 years.  It was at NIH he met the founder of Special Love, Tom Baker, who asked him to serve on the Board. Jack’s life-long interest in community service included, in addition to having three sons, providing a foster home for five teenage boys who had arrived here as unaccompanied minors from war-torn countries during the 1980's.  During his years at GE Jack was involved in many other worthy causes as well, which led to recognition by GE of his volunteer accomplishments with the Corporate Gerald A. Phillippe Award presented to only three winners worldwide each year.  It is an honor of which Jack is extremely proud. In retirement Jack has continued to be active in volunteerism.  He was the treasurer for ten years of a Political Action Committee (PAC) for Ohio Congressman, David Hobson.  Another interest has always been softball and since 1987, he has been involved in Senior Softball, currently serving as the treasurer for six teams that play all over the country.  In recognition of his services Jack was inducted into the Washington Metropolitan Slow Pitch Softball Hall of Fame.  But probably the most significant contribution Jack feels he has made, at least financially, was his fundraising efforts through golf tournaments.  He was one of the founders of the Jeff Bostic (and later, Mark Mosely) Celebrity Golf Tournaments.  When the tournaments came to a close after 25 years, they had raised $1.6 million net profit for the NIH charities. 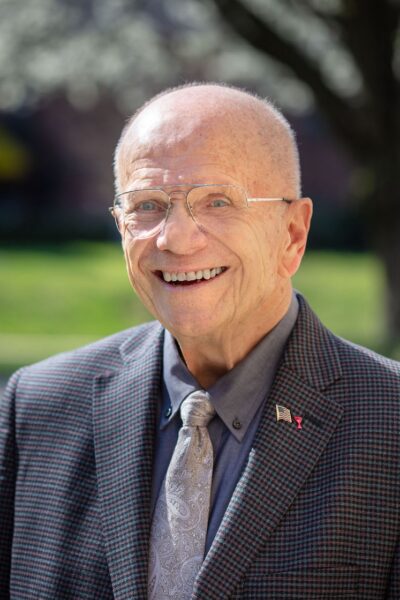