“The hospitals saved my son’s life, but Special Love saved his soul.”

Special Love provides a strong, nurturing environment for children with cancer and their families through its free camps and getaway weekends, emergency financial assistance, and educational scholarships for young adults who have beaten cancer and now want to move on with their lives.

Camp Fantastic, our cornerstone program for 7-17 year-old cancer patients, is considered a protocol within the National Cancer Institute (NCI) and has made Special Love a recognized National Institutes of Health (NIH) charity.

Since our inception in 1983, children have come to Special Love from the Washington metropolitan area and from all across the country thanks to our partnership with the NIH and other area hospitals.

Each year, Special Love serves hundreds of children, teens, and young adults ages birth to 30 years old and their families. 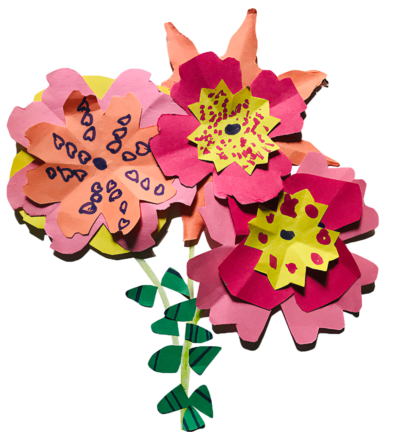 Special Love provides a community of support to children with cancer and their families. 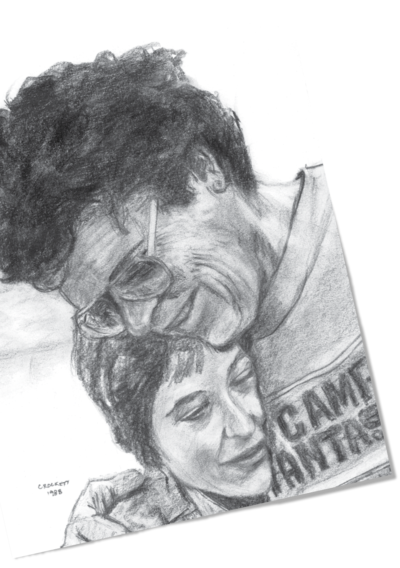 When Tom and Sheila Baker walked into the office of John Dooley, director of the Northern Virginia 4-H Educational Center in Front Royal, Virginia, on a late August day in 1982, they weren’t fully aware of the almost surreal chain of events of which they were a part. But what Tom did know was that something he came to regard as “divine intervention” had brought them to this point.

Tom and Sheila lost their daughter, Julie, to lymphoma in 1976, following a year of treatments at the National Cancer Institute (NCI) in Bethesda, Maryland. While at NCI, which is part of the vast National Institutes of Health (NIH), the Bakers met other children with cancer and their families and shared their struggles. After Julie’s death, they searched for a way to improve the situation for those other families. In May of 1982, Tom picked up one of Sheila’s outdated magazines and noticed a story about a camp that had just started in upstate New York for children with cancer.

“Something clicked,” Tom later recalled. “It was as close as I’ve ever felt to a divine calling.” He picked up the phone and arranged to visit the camp later that summer with Sheila. Once there, they knew immediately what they had to do. They called around to find out about local camping facilities and were led to John Dooley and the 4-H Center in Front Royal, Virginia. The Bakers walked into Dooley’s office unannounced and asked if they could talk with him about the 4-H camping program and the feasibility of tailoring that program to children with cancer.

That first meeting led to a discussion with Dr. Phil Pizzo, the NCI oncologist who had treated Julie Baker, and plans were soon underway for Camp Fantastic, a one-week adventure for children ages 7 to 17 who were current cancer patients or within three years of treatment. With funding from local Rotary clubs and other donors, Camp Fantastic welcomed 29 children to the 4-H Center in August 1983. Dr. Pizzo and dozens of NIH employees and special volunteers provided medical staffing. The campers enjoyed traditional camp activities, such as canoeing, hiking, swimming, and campfires, all led by volunteers and 4-H camp personnel.

As Camp Fantastic was gearing up, so was Special Love, Inc., the 501(c)(3) organization the Bakers founded to sponsor the camp. Special Love was incorporated on January 1, 1983, and served at first as the fiduciary agent of Camp Fantastic, a role that would change dramatically soon thereafter.

Through the years, Special Love grew to add more camps to include family members, including a unique siblings-only camp. Recognizing the financial straits that often face a family battling pediatric cancer, the organization also established funds to provide emergency financial relief to families and postsecondary scholarships for teens who have participated in Special Love programs.

Every year, Special Love welcomes hundreds of pediatric cancer patients, ages 7 to 17 and young adults ages 18-30 to our camps and adventure programs. Keep up to date and share the news using our library of resources.

In our latest Annual Report, take a look at where we've been and where we are heading.

The LoveLetter is sent bi-annually to more than 7,000 people and keeps everyone informed of upcoming events. It also has embarrassing photos you could only find at camp!

For the quickest way to catch up, check your inbox for our latest Love Notes, where we fill you in all on the fun we've been having and give you a sneak peak what's next! 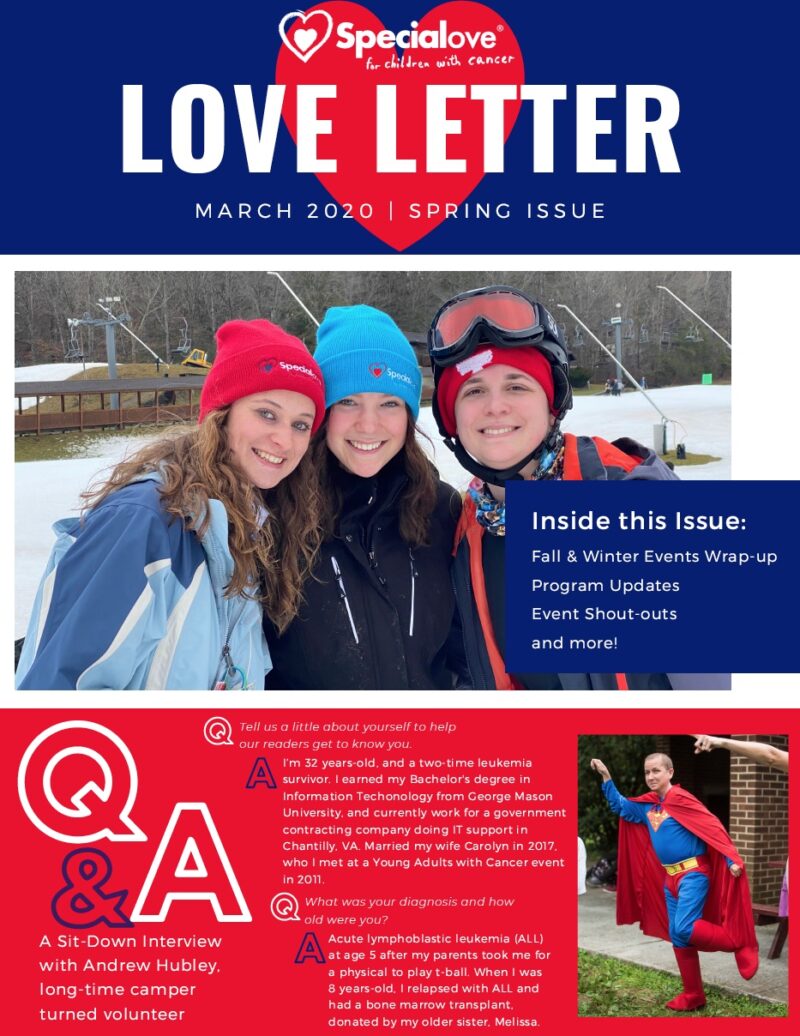 Special Love is a nonprofit organization that provides cancer families a community of support, made up of other patients and families who know and understand the trials and triumphs of the cancer experience. 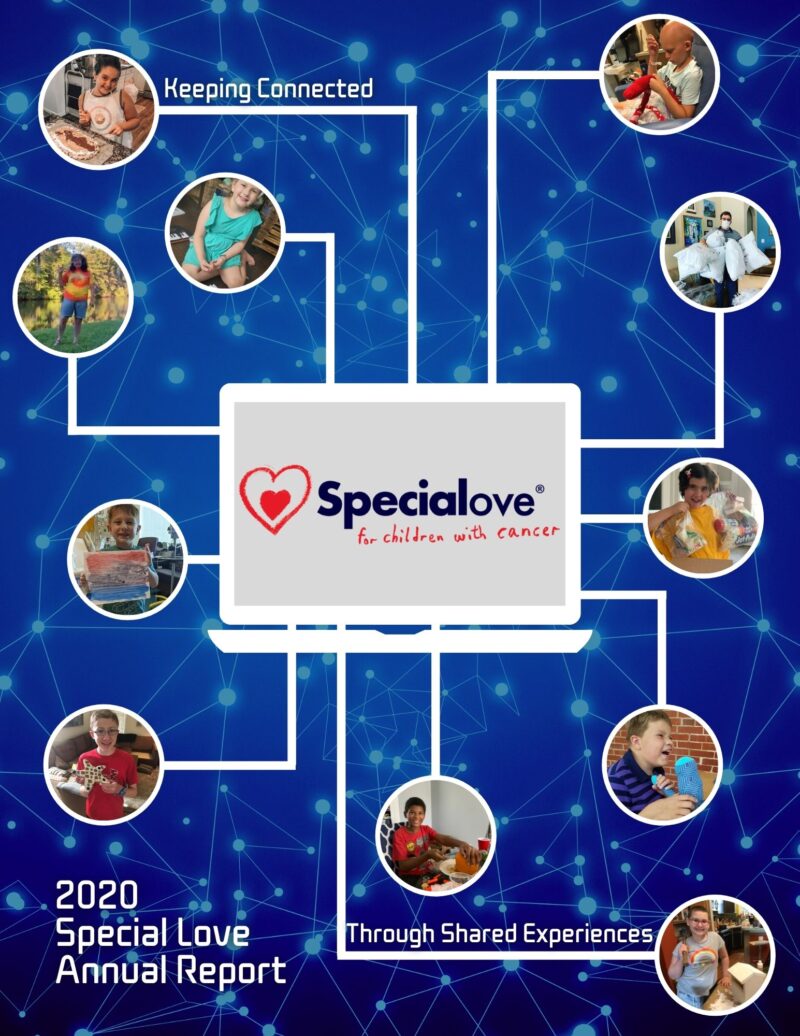 Thank you for your generous support of these courageous children with cancer and their families. As a registered 501(c)(3) nonprofit, Special Love ® welcomes all inquiries into our financial reporting and fundraising. We're committed to stewarding your gifts transparently to make a remarkable difference in the lives of these inspiring families.

Click on the links below to view the full pdf of each document.