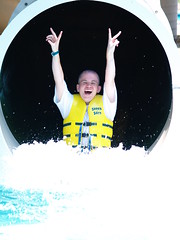 YAC weekend 2011 kicks off in Jamestown on Friday. This Fantastic weekend nurtures a community of support for young adult survivors and brings old camp friends back together again.

Last year we went to a Splashdown water-park; this year we figure we’ll cut out the middle man and head straight to the ocean. Sunshine and sea air; that’s what it’s all about. 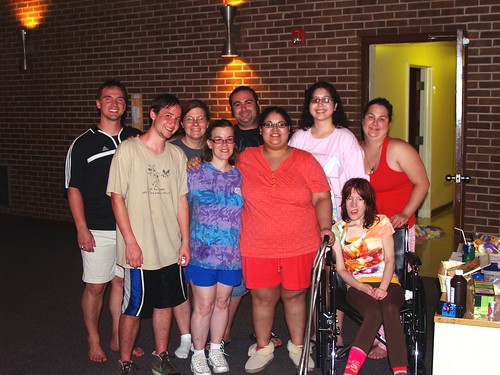 One of the hardest things about my time with Special Love, both as a camper and volunteer, has been saying goodbye. Every weekend ends with a round of fervent promises to write; email addresses are exchanged, phone numbers traded, and dear friends promise solemnly to keep in touch. Some are better at it than others but that’s what Facebook is for, I suppose.

Ah, but there is always a catch!

Whether you’ve been off treatment for 10 years or are still on it, if you’re an adult under 25 and have had cancer, you’re eligible for YAC weekend. Reunion weekend is the weekend after next, but for the 18-25 year old cancer survivors converging on Jamestown this weekend, it’s reunion come early. We’ll be hanging out at the Jamestown 4H center, hitting the beach, and generally having a grand ol’ time on the shores of the Chesapeake Bay.

Most of all, however, we’ll be catching up with old friends. YAC is one of the few exceptions to Special Love’s eligibility requirements and that means that it is a really great chance to catch up with people who often can’t make it to other events. As an adult survivor, I find that this event really helps me to connect my present day life — the job, the wife, the kids — with the experiences that framed so much of it more than two decades ago. The opportunity talk, reminisce, and bond with others who’ve been through the same things and now face the same challenges has been extraordinarily valuable to me as a survivor.

That… and we’re going to the BEACH!

Oh, and watch this space. I’ll have a laptop and camera along to document the fun.